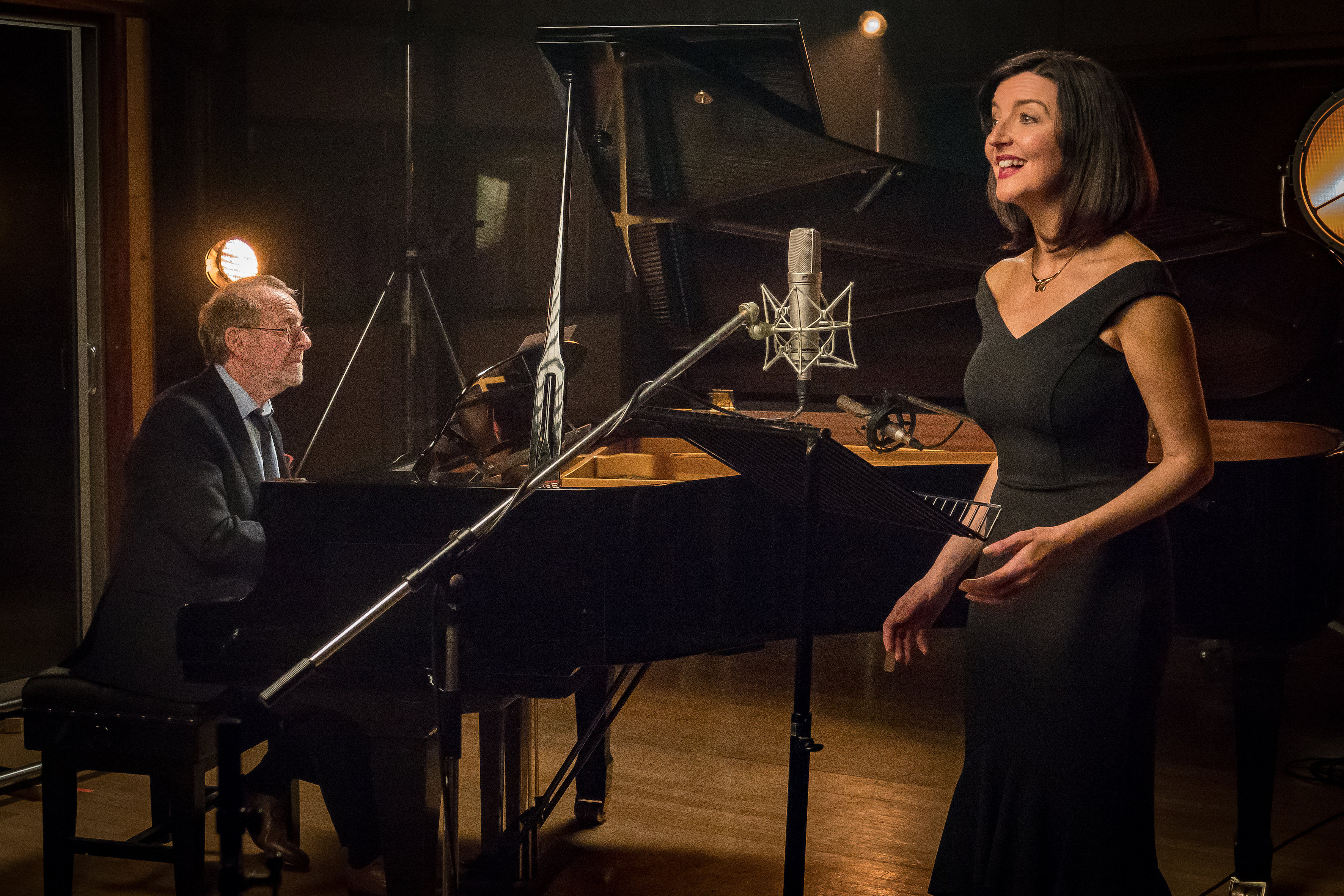 Denis King, Sarah Eyden, Dave Olney and Mike Smith, aka ‘Love Is In The Room’ are excited to be hitting the road in 2019 for their first UK and European tour!

‘LOVE IS IN THE ROOM – LIVE’ is set to captivate audiences with a fantastic blend of laid back jazz and easy listening music combined with uplifting original melodies by Denis King and well known songs by legendary performers with whom the band have worked. (Tony Bennett, Judy Garland, Sammy Davis Junior) With award winning composer and pianist Denis King, the stunning and soaring notes from vocalist Sarah Eyden, the UK’s leading concert and studio session drummer Mike Smith and the very highly regarded concert and studio session player Dave Olney on bass, it really promises to be a show not to be missed! Wit and humour, consummate musicianship, and a love for good songs all come together to create a highly entertaining show.

In the 50’s and early 60’s, Denis King was a member of Britain’s massively successful first boy band, The King Brothers. Since then he has composed over two hundred TV themes, including ITV’s Ivor Novello award-winning theme to Black Beauty and countless other instantly recognisable TV works. He has collaborated with many music and theatre legends and has written over 25 stage musicals and show tunes, many of which are included in this brand new live show. In addition to his musical talents, he is renowned for having a great sense of humour and tells some very funny stories! (Check out this video of some of Denis King’s most memorable moments:

Sarah Eyden is a former member of The Swingle Singers. Sarah has sung on over 200 hundred Hollywood film soundtracks and has worked with orchestras worldwide in some of the greatest concert halls with the worlds greatest conductors. She is currently on tour as solo vocalist with The Syd Lawrence Orchestra. A recent review by the Ted Heath UK tour really says it all, reiterating Sarah’s incredible talent but also her warm audience rapport: “Her voice is controlled, intonation perfect and wit and humour and added extra – she is truly an all round entertainer”.

Finally and by no means least, Mike Smith and Dave Olney. Both are highly skilled and sought after in the industry, especially given the extensive list of playing credits

‘Love Is In The Room’ features some of the UK’s finest musicians who have played with the best and for the best. Denis, Sarah, Dave and Mike LOVE the music, LOVE what they do and cannot wait to get the tour underway to share it all with you LIVE!

This website uses cookies to improve your experience while you navigate through the website. Out of these, the cookies that are categorized as necessary are stored on your browser as they are essential for the working of basic functionalities of the website. We also use third-party cookies that help us analyze and understand how you use this website. These cookies will be stored in your browser only with your consent. You also have the option to opt-out of these cookies. But opting out of some of these cookies may affect your browsing experience.
Necessary Always Enabled

Any cookies that may not be particularly necessary for the website to function and is used specifically to collect user personal data via analytics, ads, other embedded contents are termed as non-necessary cookies. It is mandatory to procure user consent prior to running these cookies on your website.