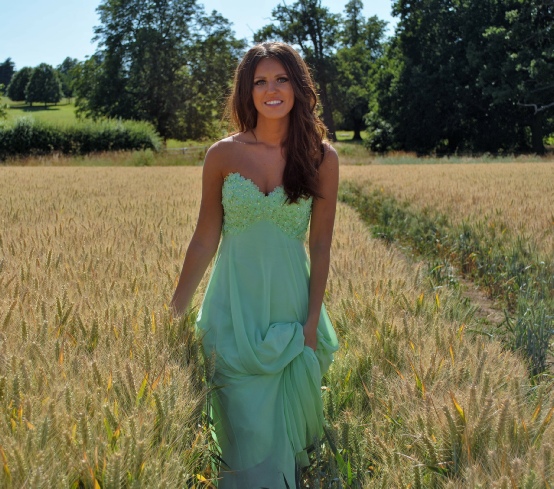 One minute, Faryl Smith was an ordinary schoolgirl with a talent, the next she was being told in front of a national television audience, “You are literally one in a million” said a delighted Simon Cowell. 13 year-old singing sensation Faryl Smith sang her way to the heart of the nation when she performed in the final of ITV’s Britain’s Got Talent. It was an endorsement worth its weight in platinum and earned Faryl the largest record deal ever awarded to a schoolgirl.

At the tender age of 10 Faryl won thirteen awards at the Eisteddfod in her home-town of Kettering, Nothants, and then took first prize in the 10-15 age group at the Llangollen International Music Eisteddfod. In November 2007, she reached the final of the Festival 4 Stars in Glasgow, so by the time she reached Britain’s Got Talent she was already a seasoned pro!

In 2009 the young girl from Kettering broke records with the release of her debut album, performed to crowds of over 80,000 and signed a second multi-million pound deal with Decca US, taking her incredible talent Stateside. She reached the top 5 in the UK commercial album charts and became the fastest-selling classical debut album in chart history, surpassing the debut releases of classical music’s finest including Luciano Pavarotti, Andrea Bocelli, Charlotte Church, Hayley Westenra, and Katherine Jenkins. Young Faryl is the only classical star to go gold with their debut album within the first week of release.

In 2009 Faryl was also privileged to be able to sing with the greats, including the legendary Jose Carreras at the Hampton Court Festival where she performed a duet. She also shared a stage with Placido Domingo at the 2009 Classical Brit awards, and sang at the 2009 FA Cup final in front of around 400 million television viewers worldwide. To round off the year, Faryl sang at the Festival of Remembrance in front of HM The Queen plus millions of viewers and was lucky enough to be able to perform for Her Majesty again at the Royal Variety Show in Blackpool.
In 2010 Faryl was nominated for her first Classical Brit award in both Best Album and Young Performer. She sang for the second year running at the FA Cup Final, singing the National Anthem and Abide With Me in front of an estimated 450 million viewers. Faryl was invited to the Royal Academy of Music by Gareth Malone for a BBC 2 special programme aimed at inspiring younger people to learn more about classical music, and then in the summer of 2010 she was asked by Eamonn and Ruth Holmes to sing at their wedding.

In 2011 Faryl appeared for the third time in front of HRH the Queen at the Epsom Derby. She also returned to the Llangollen International Eisteddfod to perform with Russell Watson. She was also invited to perform at a vast range of prestigious charitable functions such as Great Ormond St Hospital. To finish this momentous year, she was invited by classical singer Rhydian to sing a duet with him on his TV series on S4C.

In September 2012, Faryl had the honour of singing in front of HRH Prince Edward the Earl of Wessex, at the Duke of Edingburgh Cupprize giving dinner, Windsor Castle.

To round off 2012, Faryl will be toured with The International Harp Ensemble. The tour was called ‘The Magic of a Thousand Strings’ and Faryl sang a wide range of music from Ave Maria to Leonard Cohen’s haunting Hallelujah.

In February 2013, Faryl was asked by Lady Elsie Robson to sing at the Sir Bobby Robson Memorial event where she sung a duet with Russell Watson.

Faryl was honoured to be invited back to Windsor Castle to sing again for Prince Edward in 2014 and was also invited to perform at the Prince’s Trust Butterfly Ball.
Faryl has been accepted into several music conservatoire this year and will continue to be on tour with the International Harp Ensemble during 2015. This remarkable young lady will also be singing at Wembley once again in 2015.

2015 saw Faryl achieve her ultimate goal, she secured a place at the Royal Academy of Music in London to hone her craft and work toward her ambition of becoming an accomplished opera singer.